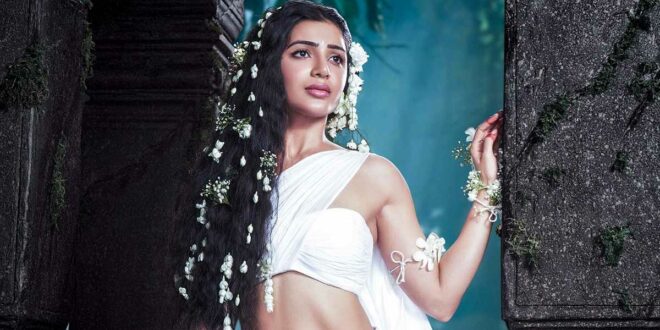 Leading producer Dil Raju is not involved in some of the industry affairs these days if reports are to be believed, however, he is eyeing good content that could be distributed in Telugu states through his company. Recently he has taken up the release of Maniratnam’s mega epic movie “Ponniyan Selvan 1” for a release in Telugu states. And he will be making the release quite big.

Cut to the other news, Dil Raju will be releasing another epic film also on a grand scale and that is none other than Samantha’s Shakuntalam. This is an epic story written by Kalidasa, and director Gunasekhar has rightly adapted it to the Telugu screen with all kinds of commercial highs.

It is being said that the leading producer Raju watched a special show of the film and got mesmerised by the spell bounding performance of Samantha. Also, she was shown quite glamorously by Gunasekhar in the first half of the film where King Dushyantha falls flat for her angelic looks as per the story.

Insiders are saying that Raju believes that the film has huge potential to make it big like a Bimbisara in recent times, and he wants to release it on a grand scale. Though Dil Raju is a financier of the film and was credited as co-producer, he’s now taking the distribution of the project to a next level, they say. If Samantha’s fame and charm works out for Shakuntalam, surely it will be a big success for her as well as for Dil Raju and Gunasekhar.

Directed by Gunasekhar, Shakuntalam is hitting cinemas on November 4th.