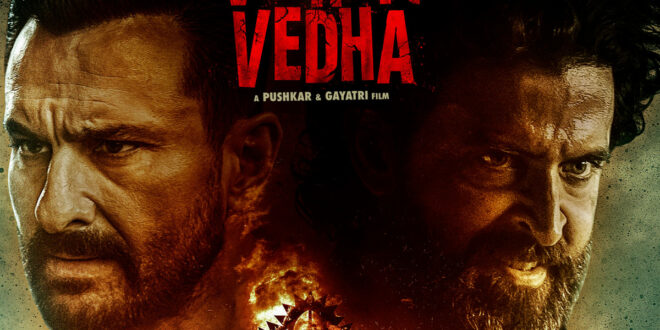 Guess what, sometimes there will be very good stories being told in Malayalam and Tamil by some acclaimed and talented filmmakers, but then, our heroes reject them outright or never takes them up. The only reason is that those movies happen to be multi-starrers that feature two equal-range heroes.

On this Friday, Bollywood is going to see the Hindi version of the acclaimed Tamil blockbuster “Vikram vedha” with Hrithik Roshan and Saif Ali Khan playing the lead roles. But then, almost 3-4 years ago, actually the Telugu remake of this particular film was supposed to start, but it never took off. Back then, Raviteja okayed this film initially, but he’s said to have asked the makers to cast any hero or lesser popular star than him in the role of a police inspector. As that would kill the movie’s essence, directors Pushkar and Gayathri are said to have rejected the idea.

Later, Nagarjuna agreed to do the role of a police officer (Madhavan’s role) in the movie but then demanded some script changes such that his character will be more powerful than the original. Due to all these creative egos, the Telugu remake of Vikram Vedha never took off, but now, a leading mega hero is said to be looking forward to remaking it. After watching the Hindi version on the 30th, the mega hero will be taking a final call on the remake. Watch this space for updates.