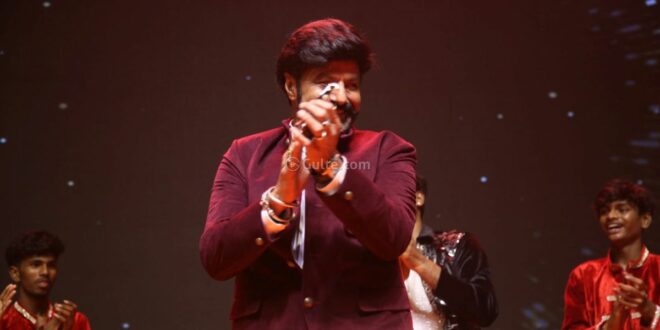 With Unstoppable, Balayya made a strong debut on OTT. The first season of the show was a smash hit, with fans going crazy.

Now, the second season is about to begin. The Unstoppable anthem was revealed today, and it sounds like a lot of fun.

This anthem song is sung by Roll Rida with his own rap version and is filled with sensational dialogues from blockbuster films starring Balayya. And Mahati Swara Sagar’s composition enhances this anthem song nicely.

Once again, Balayya’s superhit mass dialogues gave fans goosebumps. The creators used this anthem to pique the interest of audience in this talk show.

Aha intends to launch this talk show very soon. Meanwhile, there is speculations about who will be the first episode’s main guest this time. And check out this Unstoppable with NBK Anthem, which is definitely addictive.