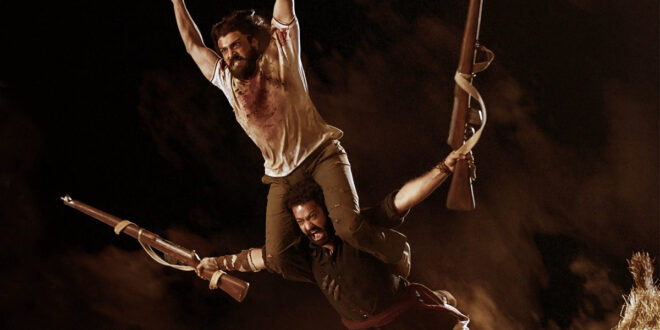 The way the Film Federation of India snubbed Rajamouli’s magnum opus RRR from being sent to the Oscars and instead picked up the Gujrati film Chhello Show, which happens to be a sincere copy of Hollywood’s iconic movie “Cinema Paradiso” in a different way is still hurting the fans of the NTR and Charan starrer.

Apparently other day famous Hollywood portal The Hollywood Reporter came up with a list of frontline Oscar “Best Picture” nominees and the main list doesn’t have RRR’s name in it, but they included the name in the list of probable. While RRR could find its chance in the probable list of a Hollywood media house, one wonders why the Film Federation of India hasn’t seen that. Is this Telugu film that scored a mammoth box office success across the globe isn’t something worth sending to the Oscars?

For the very same reason, the fans of RRR are still trolling how this magnum opus could have been sent to the Oscars if the Gujrati version of the movie got released across the globe rather than Hindi and Telugu majorly. Some fans are busy saying that Rajamouli hasn’t endorsed certain policies of the Government and hence he has snubbed the chance. At the same time, few fans blamed Ram Charan for not meeting Amit Shah though Jr NTR met him, as such meeting would have get a chance for RRR to be picked up as India’s Oscar submission.

Anyway, we have to see what will Academy members feel about RRR after they watch the special show of the film at Chinese Theaters in Los Angeles.