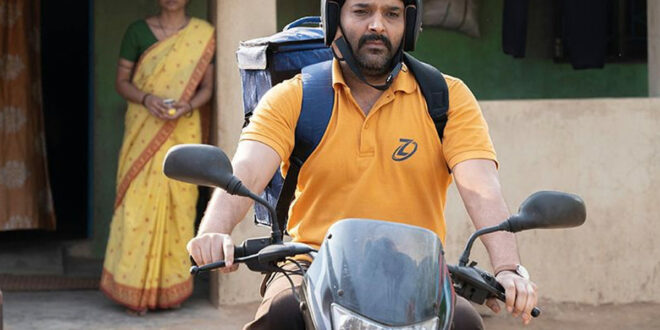 Comedian Kapil Sharma is someone who takes comedy seriously but was never an option for a serious role. However, acclaimed actress and director Nanditha Das has done the unthinkable as she has cast him as the lead of her latest film “Zwigato” which is now getting global attention.

The trailer of the film received rave reviews in India too as the movie deals with the story of food delivery boys whose life depends on not the fact that they are feeding busy people but actually on the stars and reviews the clients give them. No doubt, Nanditha’s title itself says the fact that Zwigato is a combo of Swiggy and Zomato and one could expect what type of content she has delivered.

Especially, with Kapil Sharma known for his out-of-the-board comedy and roast jokes all the time, his earlier films like Firangi also got carved out in a similar fashion. But this is something where one could see the acting side of him, as he shed all the inhibitions to become an actor who excels at drama rather than a comedian whose fate always hangs on one-liner jokes and timing of the dialogue. One has to see if the film will get more awards and credits at these film festivals and also how it runs at the India box office.