HomeCinemaIs This Film An Unofficial Remake Of SMS?
Cinema

Is This Film An Unofficial Remake Of SMS? 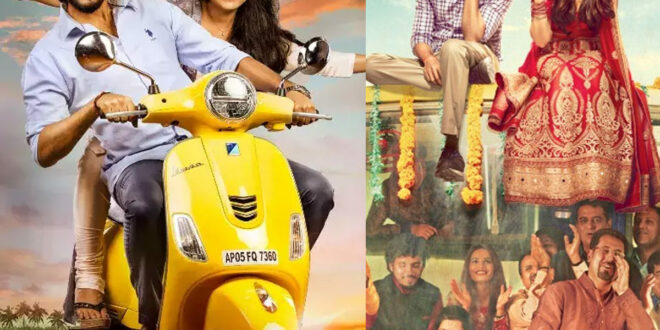 Other day the trailer of the film, Sithara Entertainment’s “Swathimuthyam” which marks the debut of Bellamkonda Ganesh was released, and the whole of it is full of comedy. However one could understand the fact that there is a problem with the hero that actually disrupts the plans of his wedding and that was kept a secret now. Here is the rumour we are hearing in film circles now.

Apparently, Swathimuthyam trailer is hiding the major twist of the film and we hear that the film deals with the erectile dysfunction issue of the hero in a hilarious way. Some are saying that the film might be an unofficial remake of Ayushman Khurrana’s Shub Mangal Saavdan which dealt with this issue and how the mindset of Indian middle-class families is centred on that. However, sources close to the production house denied all these things.

All said and done, earlier Tollywood has seen the remake of Ayushman Khurrana’s Vicky Donor but that didn’t click well here. At the same time, the remake of his ‘Dream Girl’ featuring Raj Tarun was shot for a couple of schedules but got halted mid-way.

We wonder what would happen to Swathimuthyam now and hope that the makers have made it well even of it is a remake or not.