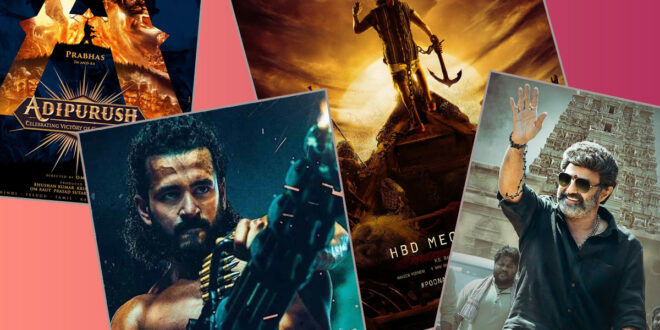 Telugu film industry witnesses heavy business during Sankranthi festive season. Thus, at least three to four films compete during this season every year. Going by the current trend, it looks like this season will be packed in 2023.

Many films are gearing up for release during Sankranthi 2023. But we may get official confirmations only after nearing the release dates. Prabhas-starrer Adipurush booked a slot on January 12, 2023, months ago. As it is a pan-India film, there are high chances of makers sticking to the same date.

Megastar Chiranjeevi’s Waltair Veeraiah (Mega 154) also confirmed its slot for Sankranthi race. But we are not sure about its arrival. It depends on how fast the makers finish the shoot.

On the flip side, Gopichand Malineni is planning to wrap up his film with Balakrishna (NBK 107) soon. The shoot is progressing at a rapid pace. It is aiming for a December release. If not, it will definitely arrive during Sankranthi. But both Mega 154 and NBK 107 are being produced by Mythri Movie Makers. So, any one of them will only compete in the Pongal race.

Akhil Akkineni is also looking forward to releasing his film Agent during Pongal festive season. Star producer Dil Raju already confirmed that his film Varisu, starring Thalapathy Vijay, will arrive during Sankranthi at any cost. It will release in both Tamil and Telugu.

As of now, all these films are eyeing a Sankranthi release. But only two or three of them may compete in the final race. We have to see which of these films will be the ones that hit the screens during Pongal festive season.