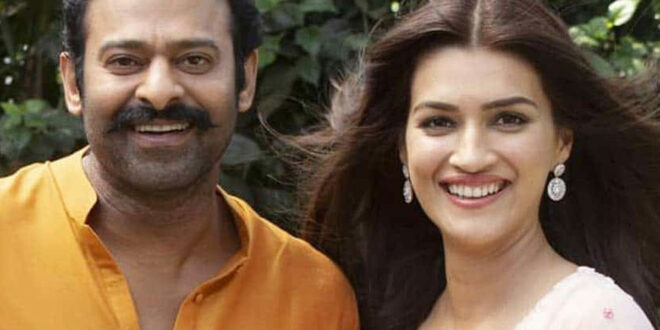 Prabhas who did not want to waste the money and time of the producer and crew respectively, joined the shooting of Salaar, while he is still mourning the demise of his uncle Krishnam Raju. Meanwhile, Bollywood is back with the PR stuff that they usually use to get the hype for a movie.

According to a recent rumor, Prabhas and his co-star in the Adipurush movie, Kriti Sanon are dating each other. The rumor also says that the couple is serious about their relationship, but is taking it slow before making it public. Well, if we look back at all the recent Bollywood films with unmarried actors, it is the most common and obvious rumor that the lead couple is seeing each other.

The rumor stays on top until the movie is released, just to keep the curious minds of the audience glued to the movie. There are folks who would want to watch the chemistry of a real-life couple on the movie screen and thus these rumors.

The PR stunt of this ‘rumored relationship’ and ‘affairs’ is a very old trick from the book. And needless to say, the couple won’t deny or accept the rumor. They have to promote the movie together and the relationship rumor stays alive as they have the obvious camaraderie while working for the same movie. While it may look real for other young Bollywood actors, but Prabhas and Kriti Sanon dating each other is outright silly.