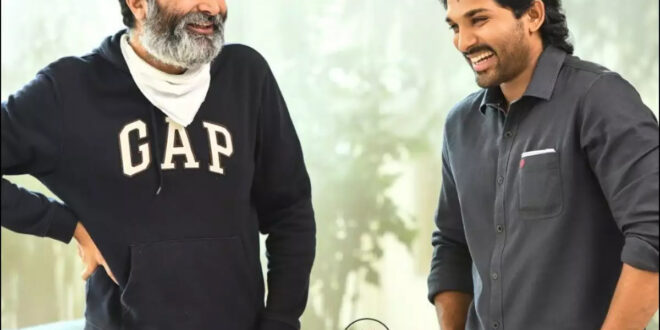 Stylish star Allu Arjun and star director Trivikram have done three films together already and their last outing Ala Vaikunthapurramuloo is a superhit of epic proportions. Guess what, the duo is now looking forward to reuniting for the fourth time and we are hearing that that is happening very soon.

Currently, Trivikram is carving out his next with Superstar Mahesh Babu as they have wrapped the first schedule of their upcoming film recently. While this film is targeting a summer release next year, it’s now coming up that after wrapping this movie Trivikram will team up with none other than his hat-trick hero Allu Arjun. The duo had earlier delivered Julayi, S/o Satyamurthy and Ala Vaikunthapurramuloo together.

Coming to Allu Arjun, he will be starting the regular shoot of Pushpa 2 in just a week’s time and then he will be focusing solely on that one film until its release. But once the shooting of the film gets wrapped by Sukumar, the star hero will be joining hands with a Trivikram for a big-budgeted pan India entertainer. Lets wait for the official announcement anyway.