HomeCinema14 Mins Climax Fight To Be A Highlight In GodFather: Satya Dev
Cinema

14 Mins Climax Fight To Be A Highlight In GodFather: Satya Dev 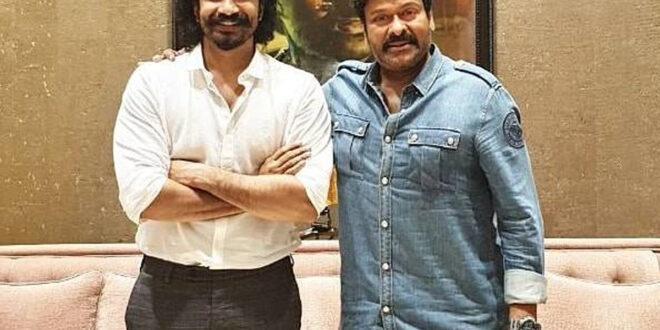 Satya Deva will next be seen in an important role in Megastar Chiranjeevi’s most-awaited flick GodFather co-starring Salman Khan. Satya Dev revealed some interesting facts about the movie and also his experiences of working for the movie, during his media interaction.

How did you feel when you get call from Megastar for the film?
Annayya was shooting for his film and he called me over lunch. He started to give me narration. I was simply listening to him. I was wondering why he’s narrating the story. It’s a surreal experience for me. While explaining the character, he stopped at once and said was he narrating it properly. I told him that it was my dream come true to work with him.

Your favorite star heaped praises on you, what do you say about it?
I better not talk about it. I’m a big fan of megastar Chiranjeevi, since my childhood. It’s an amazing feeling to get appreciation from my favorite star.

Do you feel the story is apt for Megastar Chiranjeevi?
It’s a 100% apt story for Chiranjeevi garu for his grace and aura. He changed his look and came out of his comfort zone. The Interval block is one of my favorite scenes. There are many such scenes.

The film doesn’t have songs. What do you say about it as a fan?
Chiranjeevi’s presence is more than enough. Thaar Maar Thakkar Maar song is included for fans. We obviously watch Chiru, more than heroines on screen. Since GodFather’s character is the driving force, there’s no need for a heroine in the movie.

What difference did you find in Chiru on and off screen?
I realized why he’s called megastar when I watched him on the set. He’s a very disciplined person. He’s more energetic than anyone on the sets. He doesn’t take promoting. He prepares himself for scenes. He roams all around the set and doesn’t relax. My love for him increased, after watching his off-screen personality.

What do you say about the climax fight?
Yes, the climax will give you a high and it’s definitely one of the key highlights of the film. There are many such elements. From start to end it’s like a cat and mouse chase.

What do you say about comments on your character?
I heard some negative comments. But I can assure you that I gave my best. I’ll definitely not let down Chiranjeevi as a fan.

How’s working with Superstar Salman Khan?
He used to be very cool on sets. For what he’s outside, he is not the same person on sets.

Tell us about director Mohan Raja?
Dealing with so many people is not an easy job. He’s always smiling. His strength is he has clarity on what he needs to do. He gives the perfect back story for every character. He’s famous to design villain characters. My character is designed stylishly. It’s power-hungry and greedy.

Do you accept only solo hero movies, or you’ll do character roles as well?
I’m greedy and I want to do lead actor roles. At the same time, if a get a superb character that excites me, I will do it. I will next be doing an action thriller with Eshvar Karthic and Dali Dhananjaya is another lead.